It is time to start changing over bikes, ready for next season´s holidays, and this year there were some interesting choices to make. We usually take two bikes, a trail bike, and an enduro bike, and up until now the choice has been pretty simple; a Rallon and an Occam.

This year, after much debate, I have decided to change my much loved Occam for a Rise, meaning my trail bike will be the Orbea Rise and my enduro bike will be the new Rallon. I think that many people are facing a similar choice and maybe my thought process will be of use for people.

If you want to jump to a section, you can do that here:

Orbea Rise: Weights compared to my other bikes

Orbea Rise: Quickly Remind Me What It Is

You can see a bit more details about the Rise over on Orbea: Take Me To The Rise!

I have been riding the Orbea Rise since the early prototype phase and have racked up lots and lots of days riding it. I am also lucky enough to have been working for Orbea during the pandemic so have been spending plenty of time with the engineers who designed this bike meaning that I have a pretty good understanding of it all. Let’s see if I can tell you what is important about the Orbea Rise in 3 points:

The Rise uses pretty much the same geometry as the Occam, only the chainstays are 5mm longer. The suspension is largely the same too, with just a touch more progression. Additionally, as we all know, the Rise is light for an e-bike, although only a few of us are going to want to ride it at the lightest possible weight of around 16kg.

What this means is that the Rise feels like a trail bike on the descents, by that I mean it is easy to set up for corners, it brakes really naturally, it is easy to adjust lines and of course, you can bunny hop, jump, manual and slide it like a trail bike. The honest truth here is that I feel that the Rise descends slightly better than the Occam with the same air shock (Occam LT is different), thanks to its low center of gravity and slightly more progressive kinematics, making it feel a bit more stable without feeling less playful.

Of course, going down is only half the battle. The Rise climbs really naturally too, with the power from the motor feeling like it is helping rather than taking over. This is key for my decision. I’ve heard people say that e-bikes don’t rob your fitness but that’s simply not true, I’ve ridden a full power e-bike plenty, and your fitness drops. A lot. The only people who don’t drop fitness when changing to only ride a full-power e-bike are people who didn’t have much in the first place.

The Rise has 3 modes which I explain like this:

The key for the Rise here is that it is fun to ride, the big difference in tight and twisty trails and in steep trails where a regular e-bike feels cumbersome and heavy. The other side is the climbing, I get help to ride further but still get 3-4 hour rides where I get a real full-body workout no matter how fit I am.

Range anxiety is real! I wrote about this before but it is one of the reasons I don’t want just a full-power e-bike. I want to not be watching the battery the whole time. With the Rise I don’t even have the battery indicator, I know that I can ride 3 hours, or around 2000m of climbing, with just the main battery and using a mix of ECO and TRAIL. If I’m going for longer rides then I’ll take a range extender and that gives me over 3000m climbing which is more than enough for any day I want. Sometimes if I’m exhausted but want to ride I’ll use the range extender and just sit in turbo the whole time.

The beauty of the Rise is that if the battery does run out you can just pedal it like a (heavy) normal bike.

How does the Rise do this? I think that this is the most confusing thing for people. They see the small battery and it doesn’t make sense for them. Orbea calls it the 1.5x factor. It’s really simple though, the answer is that YOU ARE DOING MORE WORK. The bike is more efficient, weighs less, has less drag, and supplies peak power at a pedal cadence which is more efficient for the rider and all these things help the range but they also help you do more of the work. Add in how the RS software meters out the assistance and what you have is a bike that asks you to help it BUT makes it feel natural and fun. We all have ridden the traditional e-bike and the truth is that when you go to pedal it feels insignificant against the motor power and the digital delivery, the RISE is different. Maybe that is the key question for people unsure of whether they want a Rise or a Wild FS; do you want to help the bike get up the hills?

Another key part of long rides is the hike-a-bike. For my riding, I need to carry the bike occasionally to get to the higher peaks, with the Rise that is totally possible.

To recap, key point 2, the Rise doesn’t limit the rides I want to do.

I hear a lot of rubbish spouted about how the 60Nm isn’t enough. Rubbish. Put the Rise in Turbo in Mode 2 and it will climb the walls. It climbs better than my Wild FS because you can control it more thanks to its natural assistance, but it climbs as steep as you want. Over winter I can be as heavy as 95kg, plus my guiding kit, and the Rise doesn’t bat an eyelid. The range drops a lot with the extra weight but that is just physics!

Here is how I’ve chosen to build my Rise:

And what everyone wants to know!

With the heavy tires my bike weighs 19,4kg.

With the lighter tires, my bike weighs 18,0kg. That is correct the DD tires (non-production remember) are 0,7kg heavier than the EXO ones. To confirm this I weighted two identical wheels with the different tires mounted so there might be some differences in the amount of sealant and amount of wear on each tire.

And my other bikes? Well, the Occam that the Rise replaces weighs 13,7kg and the Rallon R5 (which will be replaced with the new Rallon shortly) with DH tires, coil shock, Fox 38´s and aluminum bars weighs 15,6kg.

The old trail bike. I loved that bike!

You can read some my inital thoughts from the Orbea Rise here.

Read More About the Rise, Occam and Rallon R5

Why not have a look at these bikes in more detail? 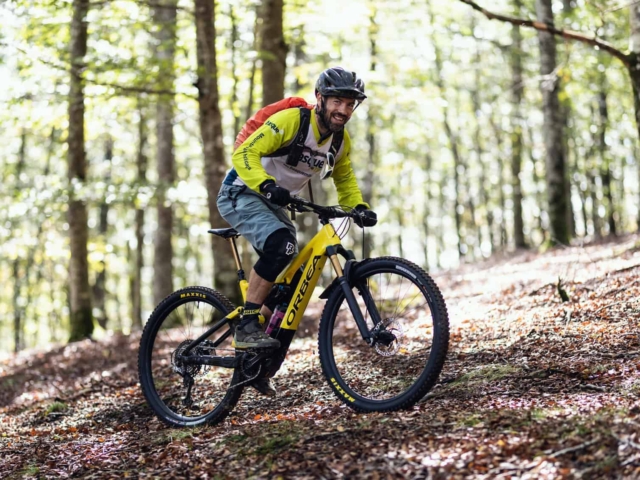 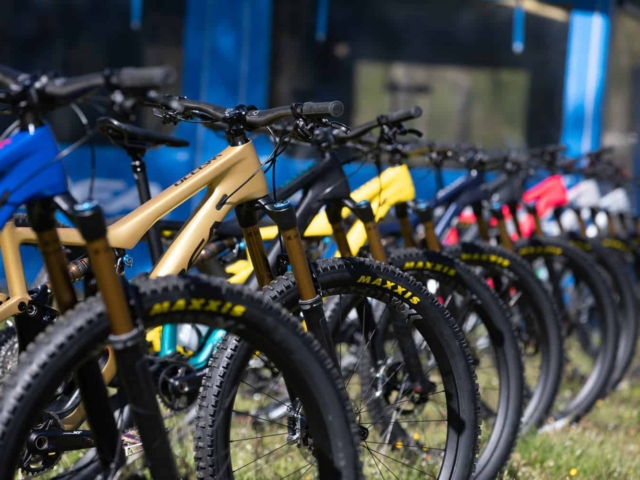 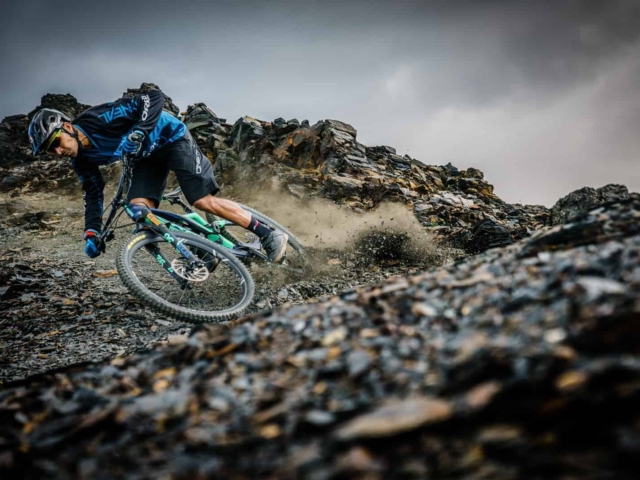 Have you got any questions about the Rise? I´m sure you do! If you want to ask over on social media then check out the posts on the Rise. I’m sure a lot of you are facing a similar decision as me and hopefully this article has helped but I’m happy to answer more questions. I’ll update this article with the best questions.

The comments are closed

About Us
Get In Touch
What Others Say