Photo and Video > Basque Mountain Biking at Sunset and Sunrise

Taking a short break from running our mountain bike holidays as my daughter was born at the end of the season, I suddenly discovered new dimensions in the Basque Country.

Mountain Biking at Sunset and Sunrise in the Basque Mountains

It has been a very long time since I had to make an effort to fit cycling into my life. I have always had the “it´s my job”, top trump to play as I grab my kit and head out of the door. That all changed. It changed suddenly and it changed dramatically as the end of my 2013 guiding season arrived along with a new baby. Suddenly it wasn´t quite so simple to head out the door and escape on my mountain bike, suddenly I had to justify my rides, fit them in with other people, shorten them, thin them out and miss them all together. At first it wasn´t hard, the new baby kept me pretty busy and life filled the space where my mountain bike had been. That didn´t last though and soon I was getting twitchy and longing for the hills, the adrenaline and the dopamines. I needed to get out in the mountains, and soon it was obvious to my family as well.

Mountain Biking On “Carlos´s Ridge” In A Very Different Light

It´s said that a heroin addict will sell their family to let them get the next needle in their arm. Well my family isn´t for sale, however I have been taking them to the pawn shop for a couple of hours each morning, or evening, to let me get my hit. Riding in the very early morning, or late evening, depending which baby care shift I am on, means that I can escape at times when I am barely missed; when the rest of the family is sleeping or resting.

Babies are the most selfish creatures there are, yet they fill your heart until it explodes into empty corners of your life which you never even knew you had.

My new family has taken and given a lot, they will do that you know. The scales are tipped heavily towards the good though and the benefits far outweigh the hardships. My new mountain biking regime has echoed that; losses and gains. I really miss riding with friends, that is true, however friends have made the effort to do rides where I can join them for an hour or two. (I have good friends.) I also miss the all-day epics; the days when the last hill hurts you so deeply inside that you just want to give up; the days when the post ride shower stings your chaffed bum cheeks and your hands struggle to function enough to open a beer. Believe me, I was fortunate enough to enjoy my fair share of those rides but alas no more, not for a few more weeks anyway. The gains however have been both unexpected and inspiring.

After Hunkering Down And Awaiting The Dawn, Enjoying The Long Descent

I have discovered a strange new land, a land that exists only on the margins of the day, a land painted with magic which changes by the second and dances with light and shadows. In short, I have been exploring the gloaming, or trying to reach summits before the day breaks. The quality of the light is amazing and is different each time, changing the trails which I know very well beyond all recognition. Some days the landscape appears to have been touched by King Midas and the world is painted gold, on other evenings the light is bright red and the effect is simultaneously sinister and splendid. Occasionally you are treated to the whole spectrum, as the light changes by the minute throwing kaleidoscopic blankets over the mountains.

I think that the mornings are my favourite and climbs done with a head torch add a whole new dimension to a ride. Even setting out to climb a mountain in the dark, by yourself, is a kind of magic. Gradually the light increases, announcing its intentions with a pyrotechnic display of oranges and yellow around the horizon, then gradually the sun gathers the will to start casting shadows which creep around you and subtly assert themselves on the ground. One by one the stars wink out and the light thrown through the heavens above you does incredible things to any birds or airplanes which are high enough to catch the rays.

Seriously, if you haven´t seen that you should; watching a red kite hunting on the event horizon between day and night, flitting from a barely visible shadow to an incandescent streak, ranks up there with the most amazing sights I have ever seen.

Just before the dawn there is a dead patch, a point where the light is bright enough to have lost it´s special quality but before the sun breaks the cover of the horizon. At this time the land is momentarily stripped of its magic. And then… BOOM. The sun breaks its cover and stretches its warming fingers over the sleepy land. Shadows jump from nowhere and your body instantly feels warmer, even though the sun lacks any real heat. I have found that the light quality at dawn is so much cleaner than dusk, the colours are less intense and shorter lived but the air seems thinner and you can see further. On my mountains, that means standing looking at the surfing beaches over one shoulder and over the other seeing the Pyrenees running away, ever westward. At that time you know that pulling on your riding clothes and braving the cold, dark night was a far better idea than having that second cup of coffee and surfing singletrackworld.

Mountain Biking at Sunset on the Basque Coast Is Amazing.

Don´t get me wrong though, it isn´t all about dawn, dusk is pretty special too and it´s crepuscular light holds a magic of its own. It is a warmer time, both literally and figuratively, with a more golden quality to the light and the land still holding onto the warmth of the day. Dusk light has a really unreal quality to it, with the lights rays seemingly smeared a bit more, as if the air is thicker and the atmosphere is still heavy with the breath of the day. The Basque Country has the Pyrenees mountains stretching away to the east and the Atlantic Ocean to the north and west, and I think that this contrast adds to the differences in the quality of the light at day break and sun set.

Dusk is a far easier time to escape the house, your body doesn´t have the inertia of the night and maybe, because of that one fact, it can never be as special. The lowest hanging fruits are never the tastiest after all.

Having said all that it is a very special point in the ride when you have to admit that you can no longer see enough to ride safely and have to stop and put your light on. Suddenly, as your light powers up, the world outside of your beam is thrown into deep shadows and there is a certain feeling of isolation within the bright, cold light of the halogen beams. I am lucky to live at the bottom of several pretty large hills so generally the final part of my nightride is a fantastic blast back to the warm, orange glow of the village where I hose the bike off, throw it in the garage and climb to the house where my family awaits. After a quick shower I pour myself a beer and it is time to pick up the baby and get on with being a father. Somehow it all seems a lot easier after getting my fix in the mountains and I know I am lucky to have a family that understands me well enough to know that.

Mountain Biking At Sunset On the Basque Coast. To Be Repeated!

As time goes on it will be easier for me to escape for mountain biking, and at the start of my season in 2014 I will again be riding bikes during the day as part of my job. I am looking forward to it. I am also looking forward to the epic rides with friends that I think will creep back into my life in a few weeks but I hope that I can still make space for the dawn and dusk adventures now that I know what magic lingers in the margins of the day. 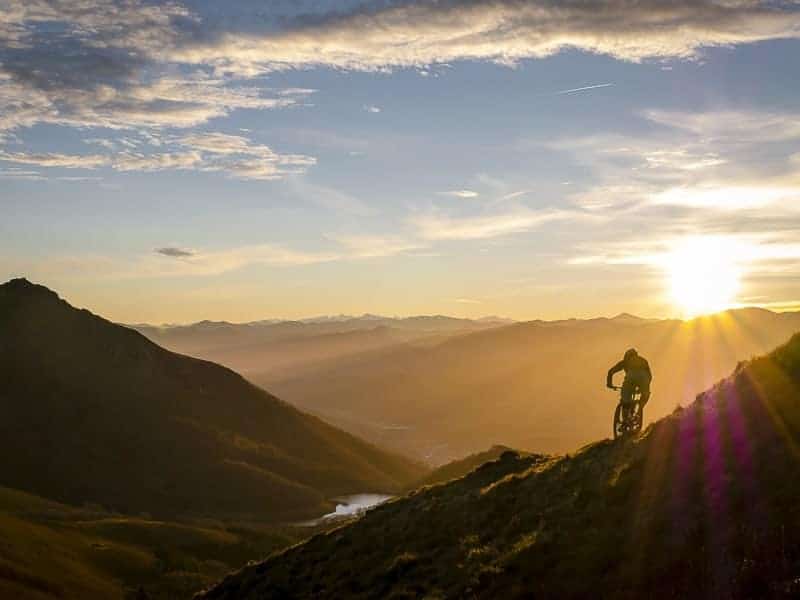 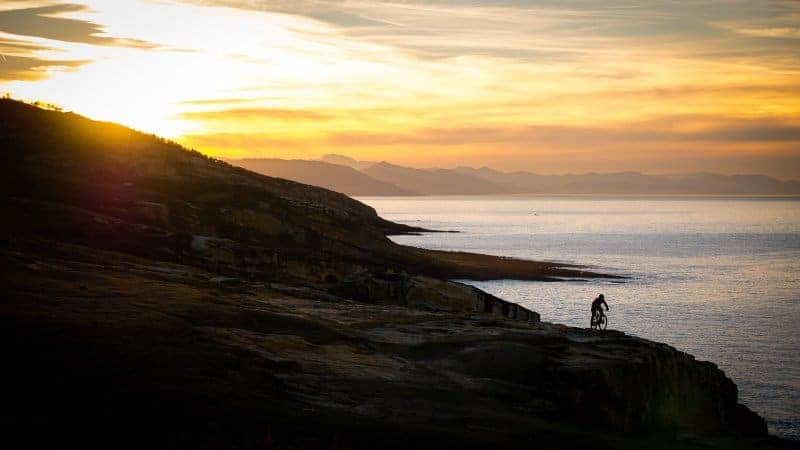 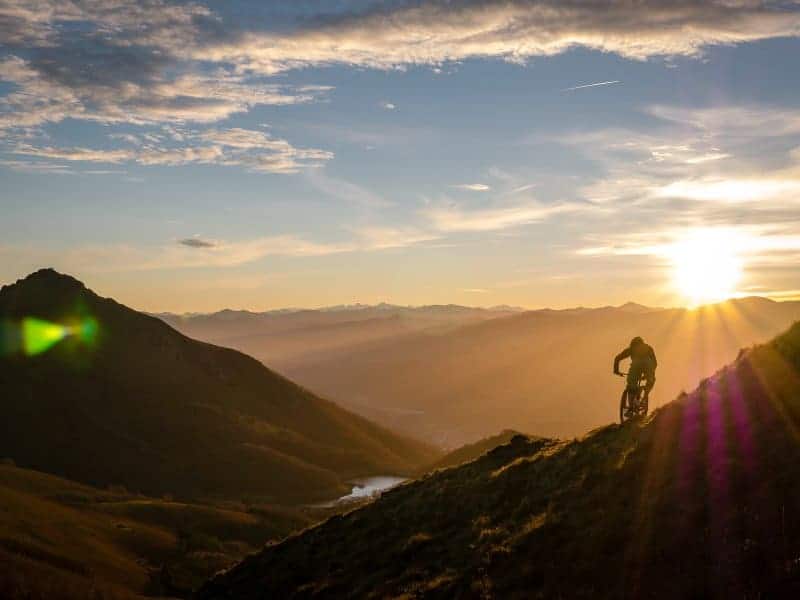 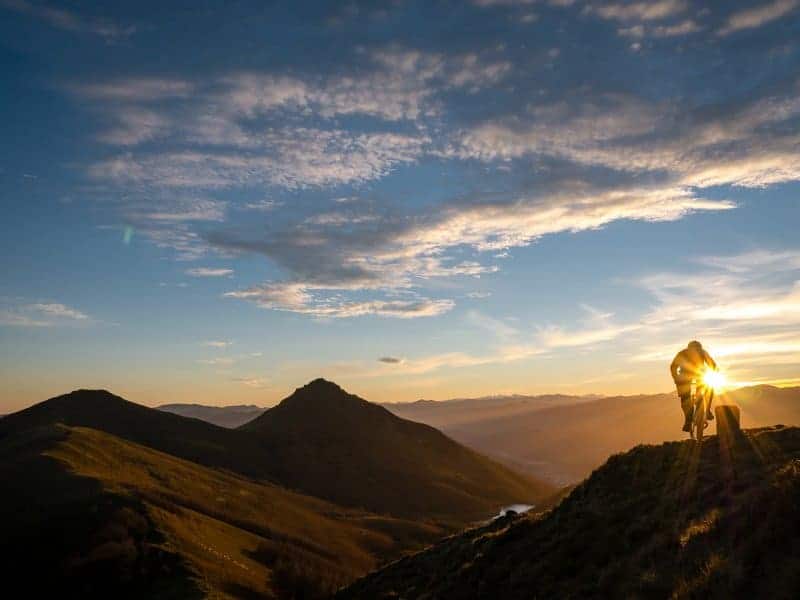 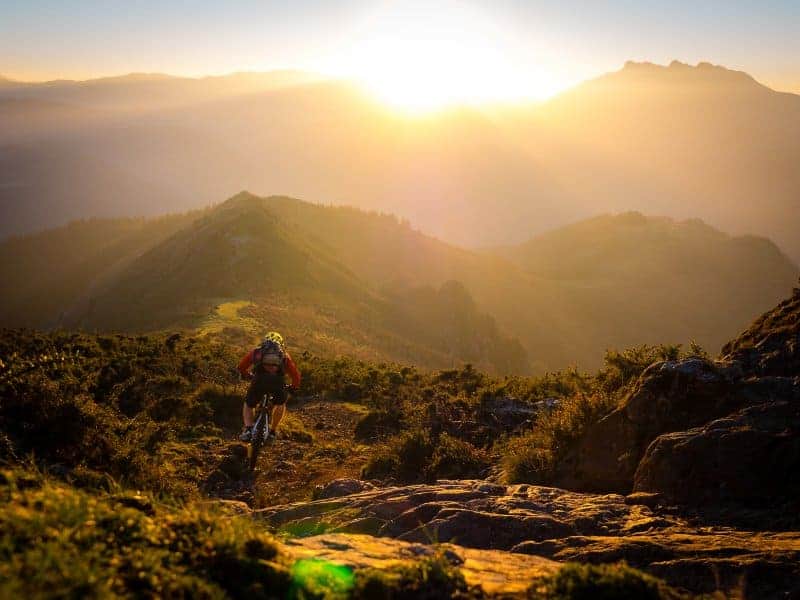 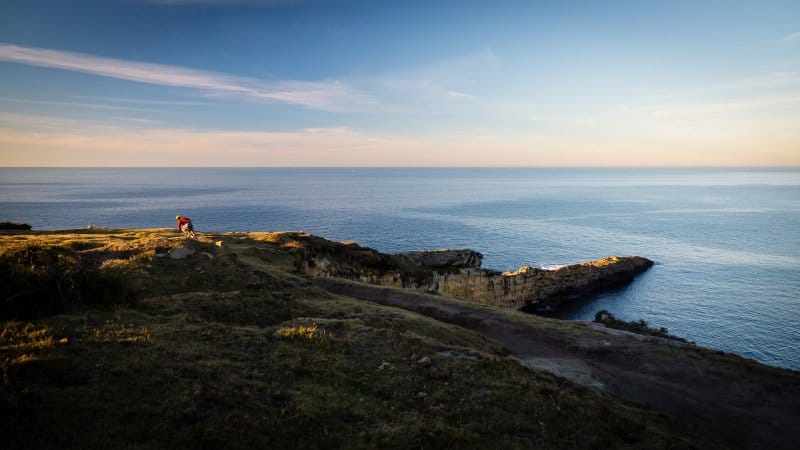 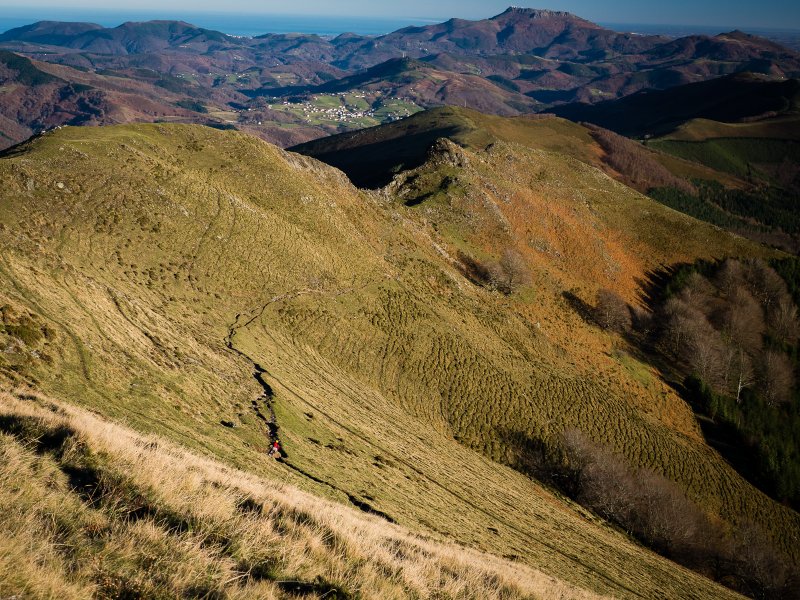 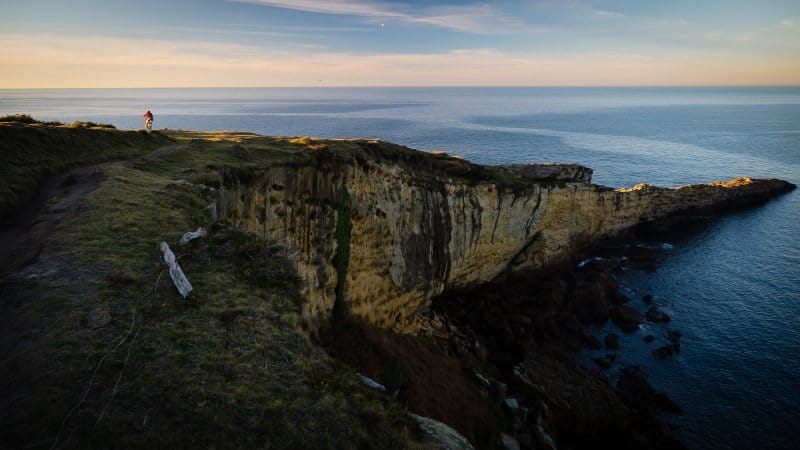 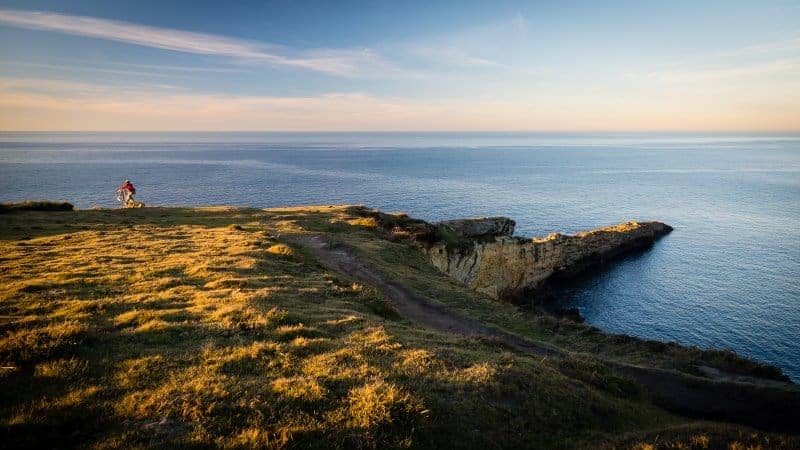 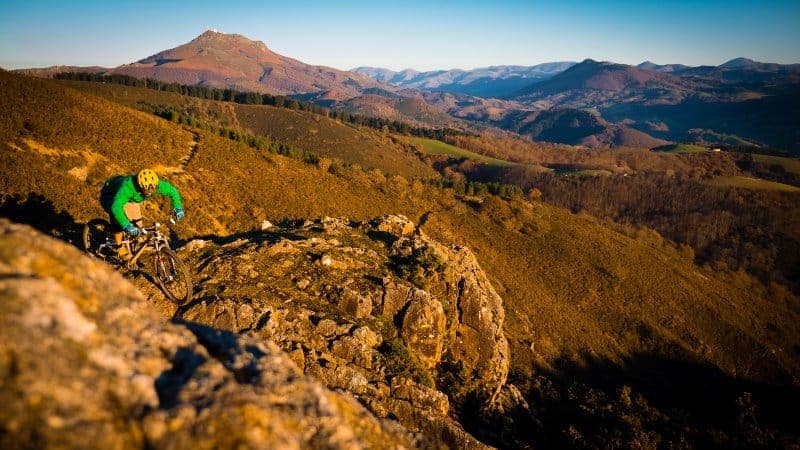 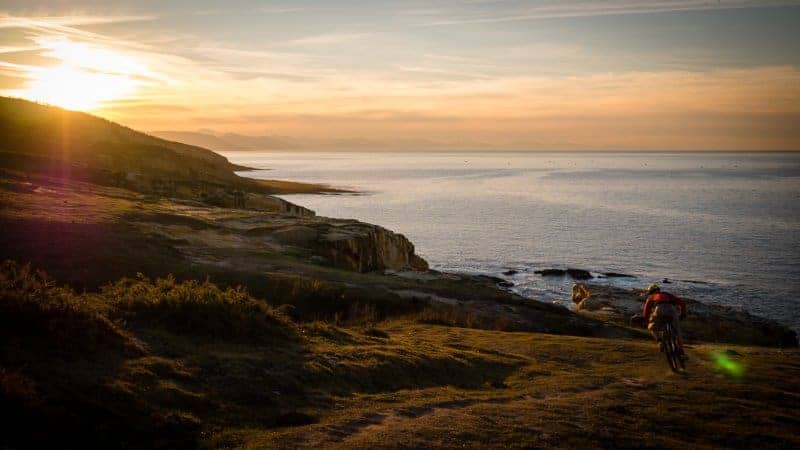 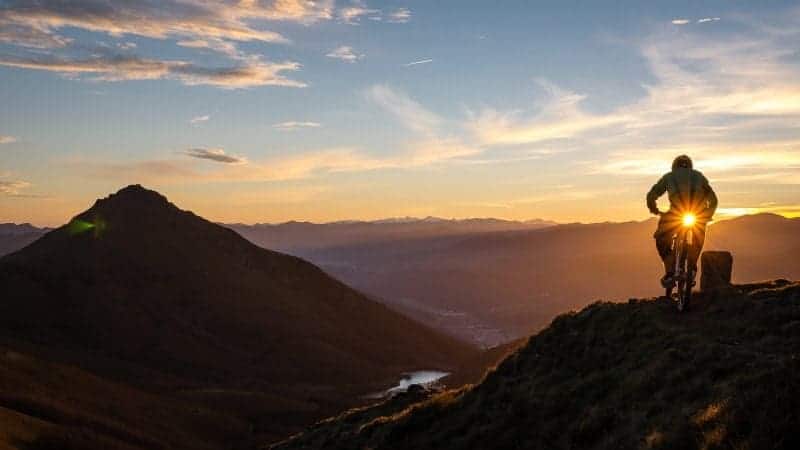 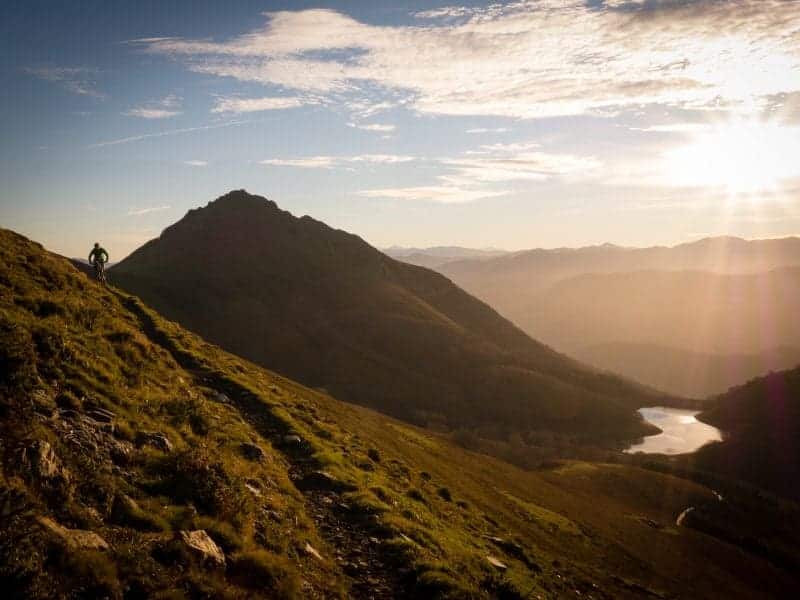 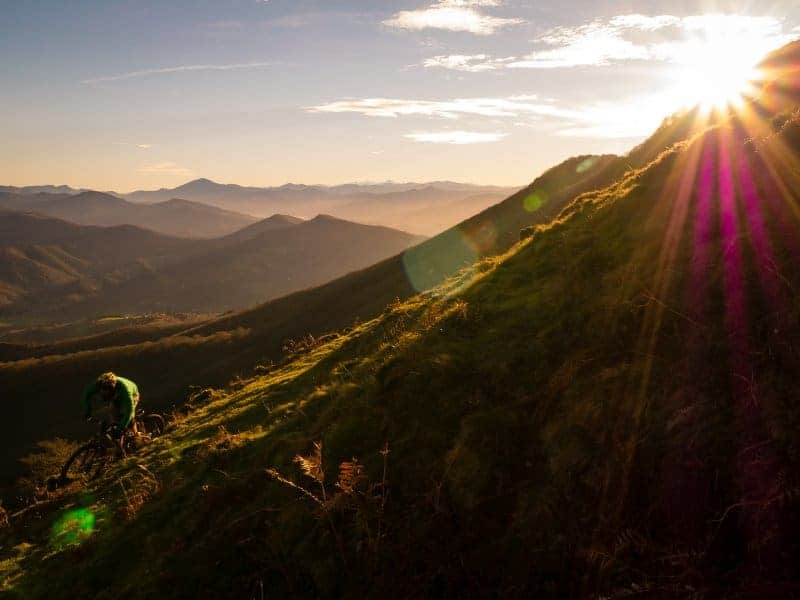 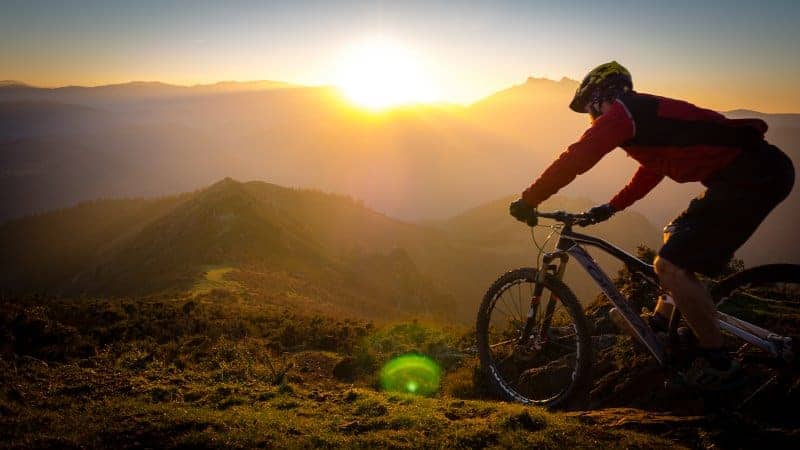 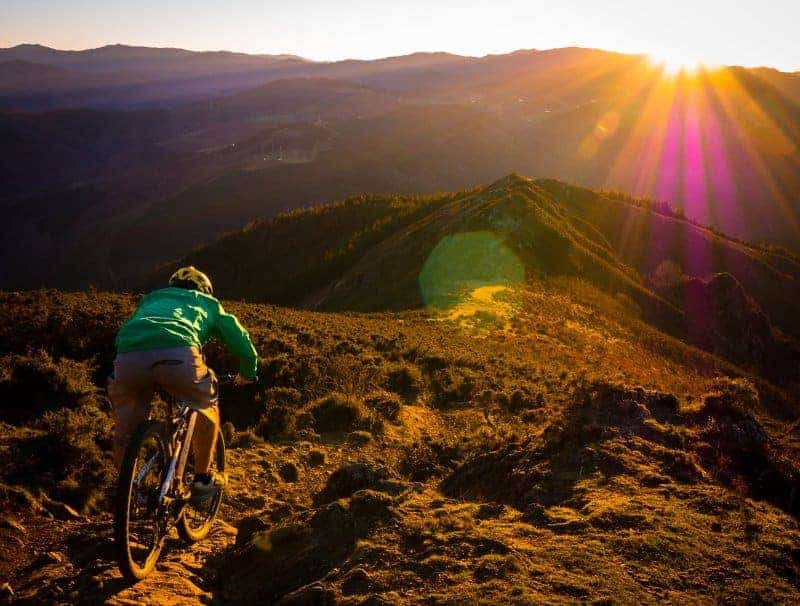 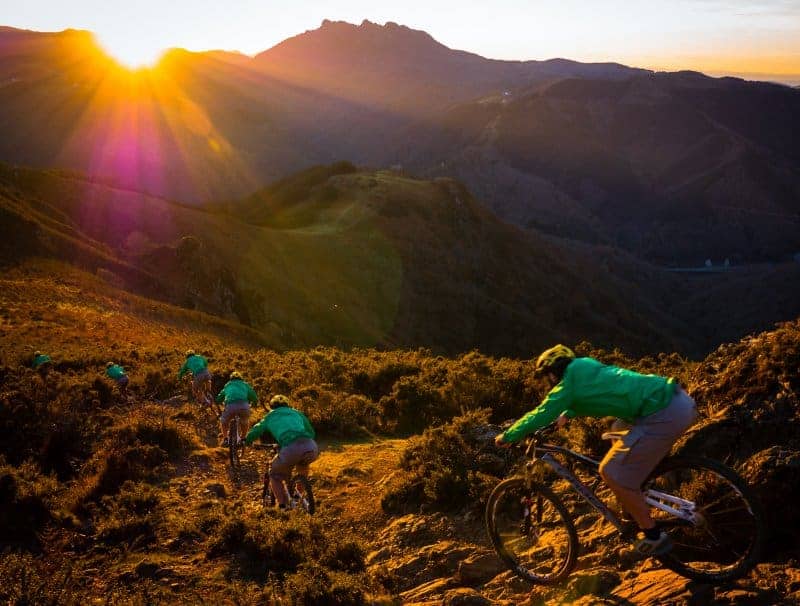 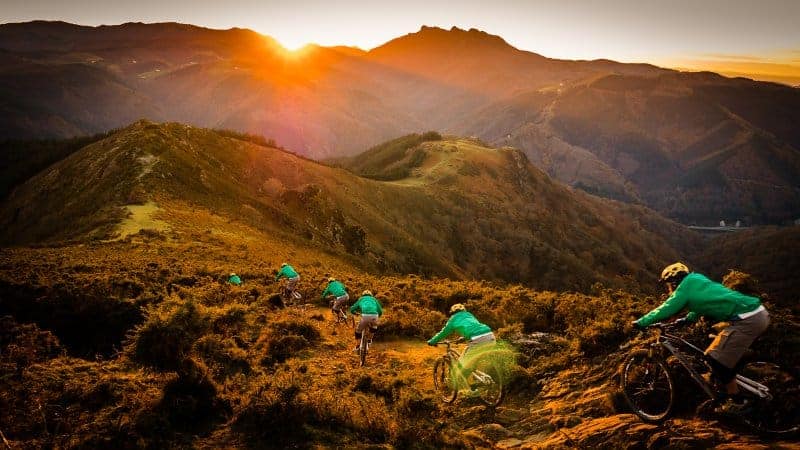 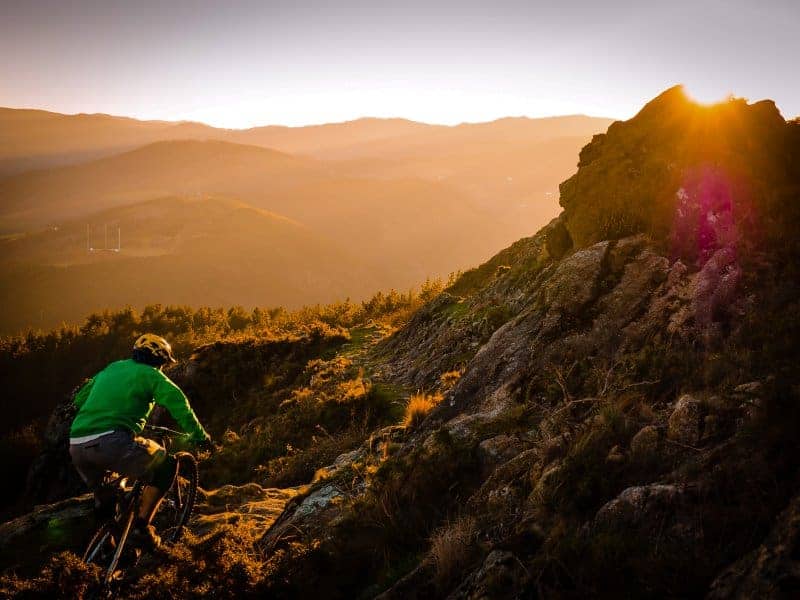 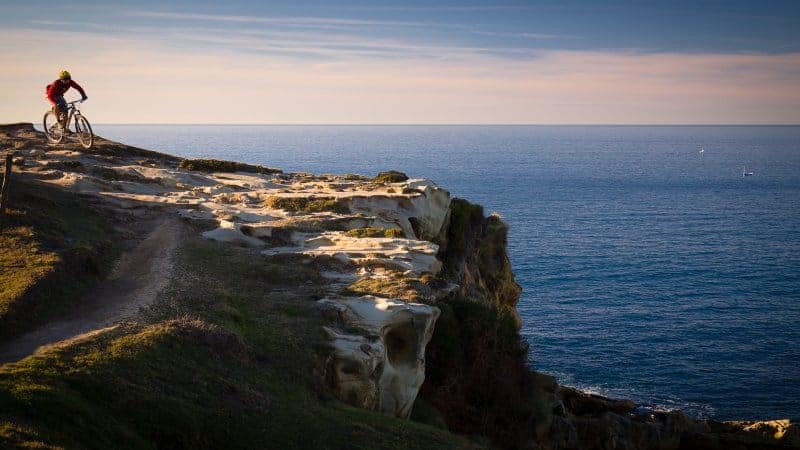 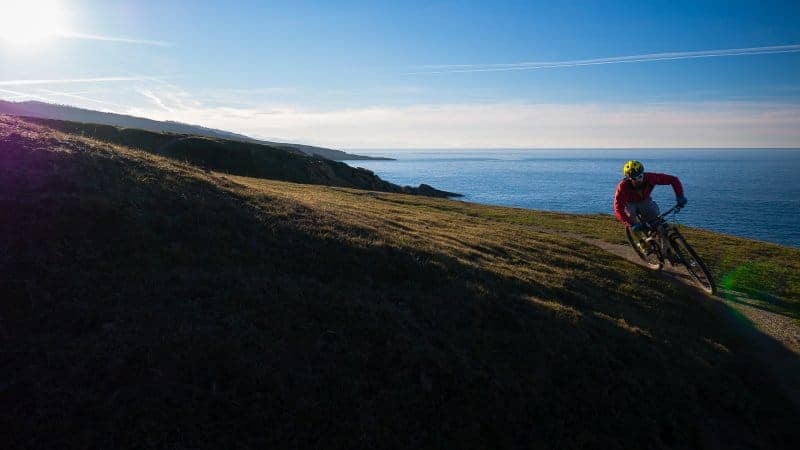 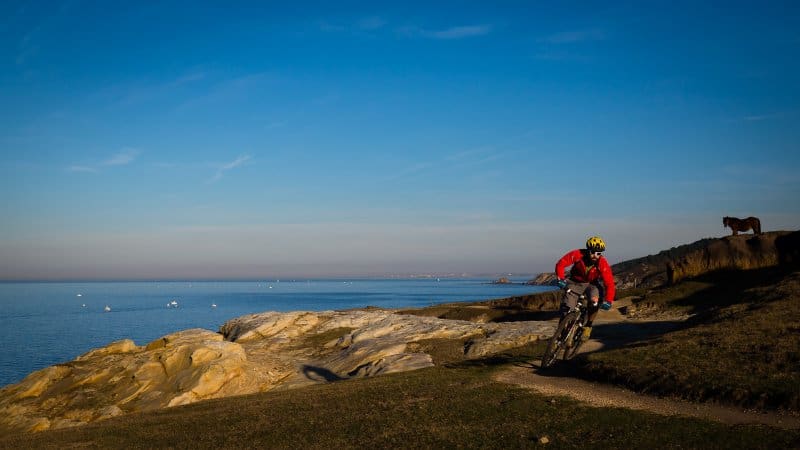 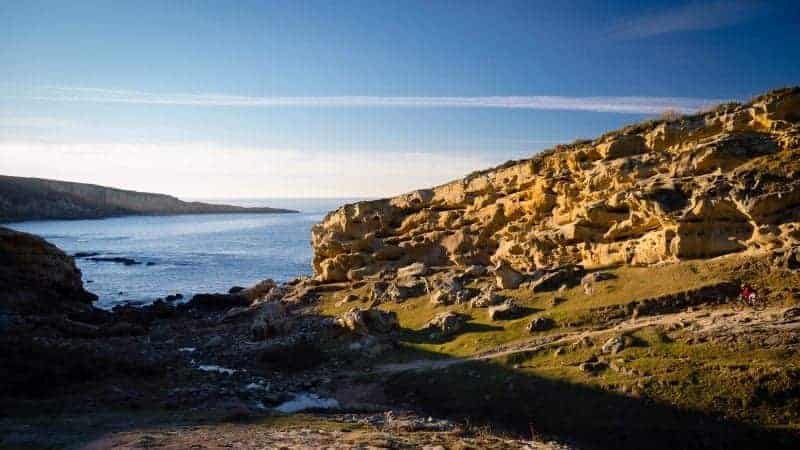 About Us
Get In Touch
What Others Say